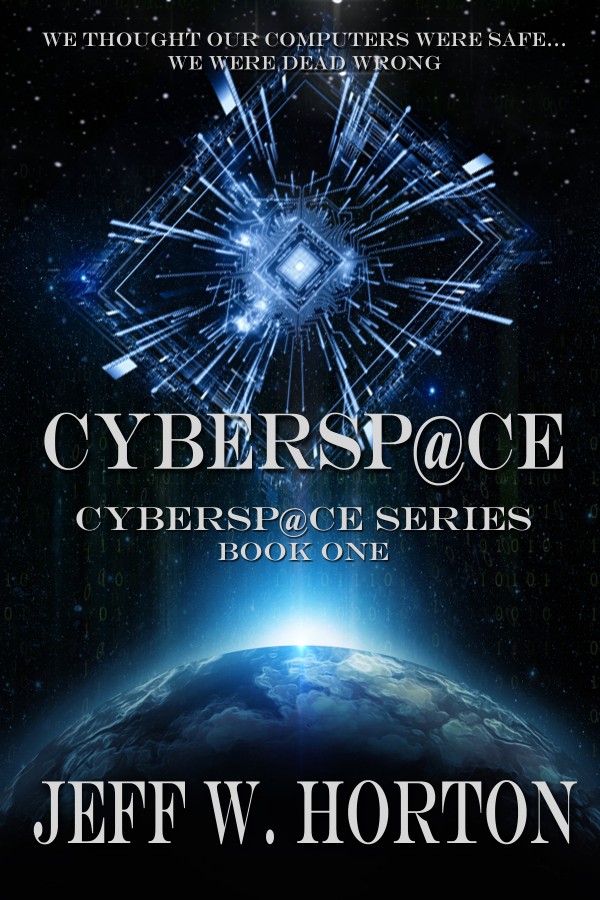 CYBERSP@CE is a fast-paced, sci-fi espionage story set in the present or the near future, with elements of international intrigue, artificial intelligence, action, suspense, and romance.

From inside his home outside the small town of Corona, New Mexico in 1947, a young boy witnesses an alien spacecraft falling from the sky during a freak lightning storm.

Many years later, Analyst Nick Reynolds is appointed as the head of a Cyber Command taskforce established to deal with the increasing cyber warfare threat from China. A new and disturbing trend of increasingly dangerous cyber-attacks against America’s national infrastructure soon emerges, including an attack that leaves 100,000 Americans dead, and threatens to ignite a nuclear war between the United States and China. Nick also learns that a massive, large-scale Chinese cyber-attack against the United States infrastructure is imminent. When the evidence suggests that the threat is real and that the attack will kill millions of people, Nick determines that his team will not have enough time or the technical resources to stop the imminent attack when it comes.

Desperate to prevent a global holocaust, Nick soon learns of a top-secret project that might offer a way to stop the attack, and spare the lives of hundreds of millions of people.

Dr. Henry Summers works with his scientist daughter, Kate, inside Area 51 at Groom Lake, Nevada. After years of trying to reverse-engineer an alien spacecraft, his team has finally had a breakthrough; they discover how to interface with an alien ship's computer by using a cybernetic helmet to enter a fantastic, virtual world.